Every dude wants to know how to get the attention of a woman. It’s part of our biological nature. We are hardwired to seek out females who seem like they would be a good fit to pass our genes on to further the process of evolution.

The hard part comes when you realize that not every woman is attracted to you. As a guy, I can admit that it’s much more common for me or my boys to catch each other looking at a woman than it is to catch one of them looking at us. We’re not hideous, either, it’s just a much more common thing to see men gaping over girls than the other way around.

That’s why so many men place serious importance on developing the attraction of woman. The competition is real, considering pretty much every man wants to court the most beautiful women. If we want to be able to pass our genes On to the Next Generation, we’re going to have to have some serious skills in developing attraction.

So how can you be sure that you are developing attraction with the opposite sex? These questions are what we aim to answer today. After you read this article, you could be on your way to becoming a pick-up artist. 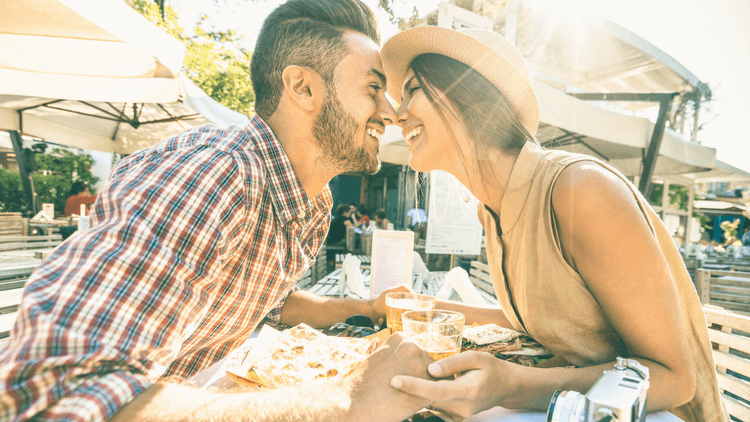 While a lot of men and conquer the first step of being able to court women, which is to just be able to approach them and start a conversation without stuttering and tripping over the words, many men are still in the dark in regards to developing attraction.

A lot of dudes spend so much of their high school years working up the courage just to talk to women that they assume that that will be the end all. If a guy is confident enough to actually talk to a woman, she will appreciate that, and be attracted to him just for that, right? Wrong.

What makes a woman feel attracted?

Any creepy weirdo can talk to a woman. In fact, most women will contest that most of the guys who speak to them are indeed creepy weirdos. Just being able to talk to a beautiful woman is not enough to make her attracted to you. You have to set the bar high and let her know why you’re different.

If you want the woman to feel attracted to you, then you have to think about how she’s going to feel when she’s around you. A woman will be attracted to you if you make her feel empowered, if she feels strong around you and feels like she doesn’t have to worry about who she is.

However, it’s important that you do not make yourself seem like you are desperate. A huge part of attraction is maintaining the balance of equality or, more often than not, trying to hold yourself a bit above the person that you are trying to attract.

You want them to think that you are the top dawg, and that they are lucky to even be in your presence. If you can do that, without making them uncomfortable and well making them feel strong, you’ll be on the way to developing some serious attraction.

What not to do

Most men do this by chasing women. They send them flowers, take them out to expensive restaurants that they can’t afford, and try to win them over with flashy clothes. This might work for women who are looking for a sugar daddy, but if you genuinely want the women to be attracted to who you are, you’re going to have to do other things.

However, this isn’t to say that nice dinners and gifts can’t be a fantastic way to improve a relationship with a woman. It’s just important you know that these things alone won’t develop an attraction.

These are some basic outline that you’ll want to follow if you’re going to try to attract a woman.

Make sure you start strong. This doesn’t mean come on to a woman strong. This means established yourself as a strong, motivated, successful individual, whatever that means. You don’t need to be successful necessarily in your career, if you can prove that you were successful in the endeavors that you set out to achieve.

Make sure you don’t come off as shy. Be proud of who you are, have nothing to hide, and make sure that you can speak openly and honestly about everything. A big part of being strong is teasing the woman that you are courting. This will make her appreciate you and will let her know that you have no problem being comfortable around women.

Keep the tension high. A good phrase for this is “never left the line go slack.” You want to make sure you build up sexual tension as soon as possible, and keep that tension go in.

Things like teasing are great ways to build sexual tension. We are talking about the type of teasing that creates a strong desire. For example, if you are going in for a kiss, stop right before you touch your lips and have her there, until the tension is almost too much to bear.

Sassy responses during a casual conversation like, “oh yeah?” or, “ya think so, do ya?” are a great way to build up sexual chemistry and a playful dynamic.

Don’t be boring. Hopefully you don’t have to lie to become an exciting person, because women do not like boring dudes. Fortunately, unless you spend your entire life living under a rock, being open and honest about yourself is usually pretty interesting to a woman.

Take the lead. Women like men who know how to lead, and you know how to make decisions on the fly. Make sure you come off as confident, and make sure that you give the appearance of knowing exactly what you want to do at all times.