There has been a lot of debate about the effectiveness of natural aphrodisiacs and whether they are truly capable of enhancing one’s sex life, or whether it’s all just a myth.

While aphrodisiac foods have been around for centuries, there has always been a mix of results. There are no fully backed scientific claims that suggest they are extremely effective; however, they don’t state that aphrodisiacs don’t work either.

This blog aims to clear out all the fog related to the topic of aphrodisiac foods and provide a clear understanding of the matter. What they are, how they work and which different foods can help improve sex life. 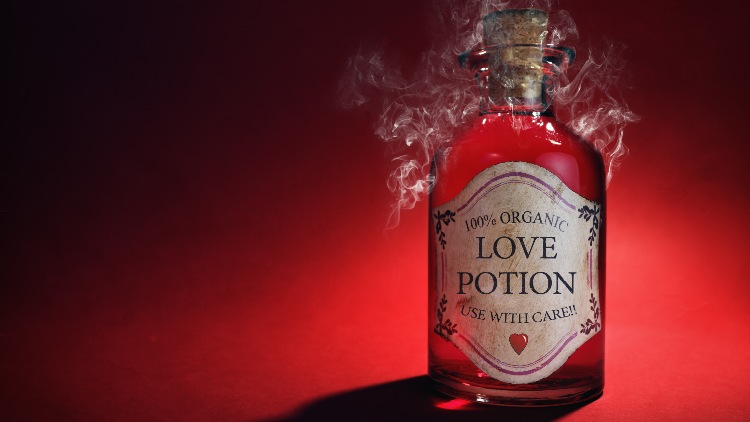 An aphrodisiac, also known as a love drug or love potion, is a substance that’s thought to increase and enhance sex drive.

While the use of aphrodisiacs is a hot topic for debate, aphrodisiac foods are considered a safer, natural option as they contain specific vitamins, minerals, and nutrients that can improve a person’s sexual desire.

Most of these foods may not have a direct impact on the sexual experience but they offer various health benefits that help improve sex drive.

A Brief History of Aphrodisiacs

The name “Aphrodisiac” is derived from the name of the Greek goddess of love, “Aphrodite.” Aphrodisiacs are prevalent in history, dating back to ancient times where people would try and improve their sexual experiences through the use of food and other substances.

For example, the “Spanish fly”, a chemical derived from blister beetles, is known to increase sexual pleasure. It has been in use since millennia and is still used in products today.

There has been a lot of debate on many different kinds of foods that are said to have aphrodisiac properties, but people do mutually agree on the benefits of some of them. Here are some natural aphrodisiac foods that can enhance your sexual experience. 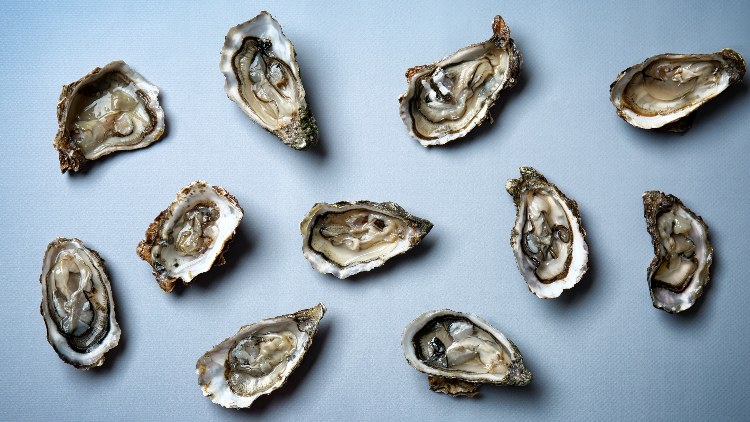 Watermelon affects male libido in a similar way as Viagra. Watermelon contains a phytonutrient called “citrulline,” which has the effect of relaxing blood vessels and speeding up blood circulation.

These properties allow the blood vessels in the sexual organs to become wider, which can result in an enhanced sexual experience and natural watermelon aphrodisiac effect. Watermelons have also been shown to combat erectile dysfunction.

There’s always been something very sensual about chocolate, and it’s probably not a coincidence it’s the staple food of choice for events such as Valentine’s Day. Chocolate has been hailed as a natural aphrodisiac for centuries and for good reason too.

Chocolate contains the chemicals phenylethylamine (PEA) and anandamide, which stimulate the nervous system and trigger the release of the “feel-good” hormone—serotonin. PEA is also responsible for inducing the production of dopamine, a neurochemical directly associated with sexual arousal and pleasure.

Keeping these factors in mind, it only makes sense that people would try and use chocolate to try and enhance their sexual experiences. While research might not fully back it up as an aphrodisiac, it does fully support it as a substance that can improve your mood and make you happy, allowing you to enjoy your sexual encounter to the fullest. 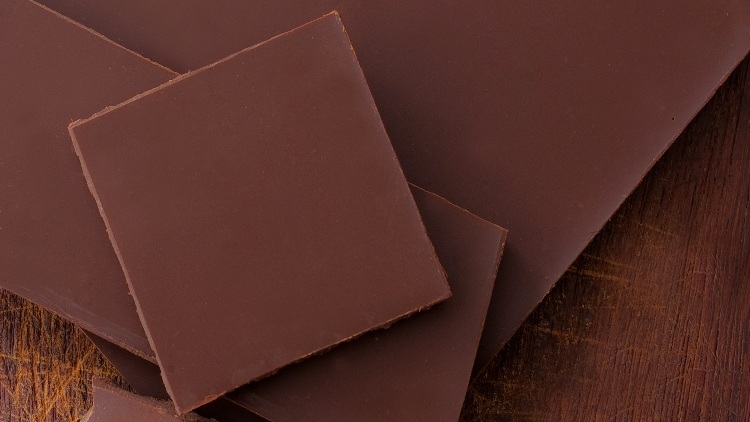 Spicy foods have an array of health benefits other than spicing up your sex life. Chilli peppers have proven to be useful in a variety of situations ranging from reducing inflammation to improving blood circulation.

As a natural aphrodisiac, chillies can increase blood flow and stimulate nerve endings to make you feel more aroused.

They also contain the chemical capsaicin, which is responsible for triggering the release of endorphins. These are known to create a temporary high and play a role in sexual pleasure.

Pomegranate has also been given the nickname of “love apple,” due to its seemingly suggestive look. The deep red color of the seeds inspire thoughts of sexual desire and heat, and hence is widely considered as an aphrodisiac for most people.

The most effective way of intake is to drink pomegranate juice before sex. Pomegranate juice is said to increase testosterone levels in both men and women, which translates into an increased sexual desire for both.

Pomegranates are also said to have a very high content of antioxidants, which are known for improving blood flow and in turn increase genital sensitivity. These qualities enable it to boost your sexual experience and behave as an aphrodisiac.

Probably considered the world’s most suggestive food for its phallic shape, the banana does a lot more for sexual desire than just looking a certain way. Banana’s fruit is packed full of nutrients that are considered essential for sexual hormone production. It comes rich in potassium and B vitamins and is a great source of fiber.

Bananas have also been known to aid in lowering blood pressure and contain the chemical tryptophan, which is said to promote relaxation. Bananas also contain the enzyme bromelain, which triggers the production of testosterone.

These qualities make bananas a great addition to the menu for aphrodisiac foods that can help you enhance your sexual experience.

Olives, especially olive oil, have been used for centuries for their many health benefits. The Greeks believed that these aphrodisiac foods made men more virile as well.

Olives come packed with antioxidants, which help improve blood flow and hence sexual experience. They are also a good source of mono-unsaturated and poly-unsaturated fats, which are critical for a healthy heart, blood flow, and hormone production.

All of these can also directly work toward enhancing one’s sexual experience. Not to mention that the overall health benefits of olives are numerous and being healthy is one of the most important factors of having a healthy sex life. 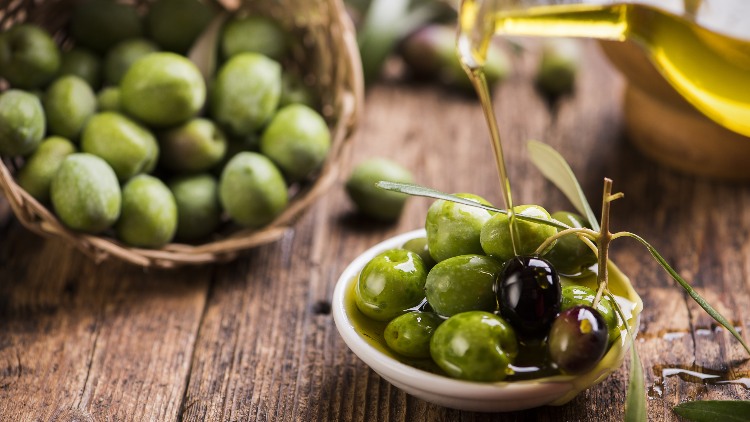 There is a variety of nuts and seeds that are well-known for their aphrodisiac properties.

For example, pine nuts have a similar effect to that of oysters. They are rich in the libido-stimulating mineral, Zinc, and have reportedly provided men with sexual stamina for centuries. You can even trace back the use of them from references made to them as early on as the Roman times, in the works of the Roman poet Ovid.

Almonds are also well-known to behave as an aphrodisiac and improve sexual experiences. Almonds are said to contain the amino acid arginine, which has been studied to show improvements in blood circulation and relaxes blood vessels. It has also been shown to help maintain an erection and hence directly affects your time between the sheets.

One of the best health benefits that asparagus offers is a high dosage of vitamin E, which is essential for hormone production but also does wonders for your skin.

Steroid glycosides are compounds that are found in asparagus which have been studied and found to help improve hormones that affect reproduction. Asparagus also comes packed with a lot of fiber and folate, which is essential for the health of the female reproductive system and sperm.

These aphrodisiac foods usually work to improve the blood flow and circulation, stimulate nerve endings, help provide longer and harder erections, and even improve the quality of sperm.

Some of these foods have been mentioned above for these properties, namely nuts, watermelons, oysters, bananas, and chili peppers. While all of these will also work on women, the effects they have are more strongly desired among men, hence making these foods ideal to enhance the male sexual experience.

Here are examples of two more kinds of aphrodisiac foods that work wonders for men:

While there is no best possible aphrodisiac you can take to guarantee an improvement in your sex life, men can definitely benefit quite a lot from all the different health benefits of these foods.

The most important factor in having a healthy sex life is to be healthy yourself, and the majority of these foods will help you to maintain peak physical condition. Staying healthy that way and with the added benefits of aphrodisiac foods, it’s hard to believe that you won’t experience at least a slight improvement in sexual experiences and performance. 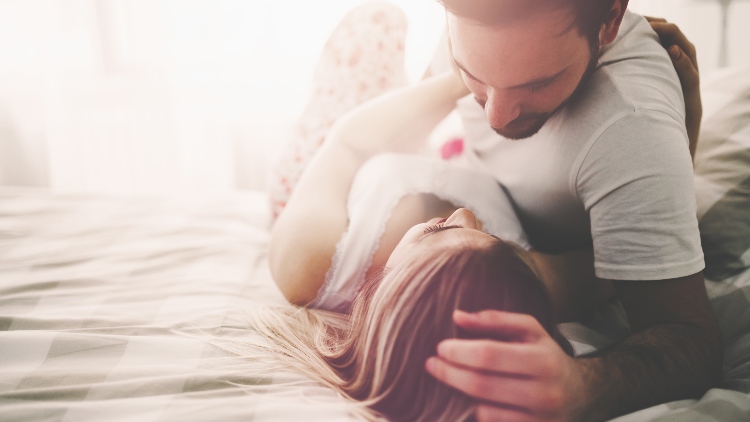 As human beings, we are strongly affected by fragrance and aroma. As one of our key senses, our sense of smell can be stimulated by the effects of an aphrodisiac essential oil. Aroma is proven to arouse the senses, create a more pleasant environment, and even increase sexual desire.

For example, people instinctively cover their noses when they smell something they don’t like, showing visual discomfort. The same can happen but in reverse, where people can’t get enough of a certain scent because they feel attracted to it.

Aphrodisiac essential oils aim to reduce stress and elevate the mood, which in turn can lead to feelings of increased sensuality and energy. What’s important to remember here is that scents are very specific and different scents will appeal to different kinds of people.

There is no universal scent that works on every woman out there, so you’ll just have to see which works best for you and invest in an essential oil with similar tones. You can spread them around the room using a diffuser, or apply it directly to each other in the form of a massage.

Even adding a few drops on your sheets or in the bathtub is also known for having aphrodisiac effects.

While they may not be backed up by substantial scientific evidence, aphrodisiac foods have long been known and used for their ability to improve your sex life.

They are able to make an impact in more of an indirect way by improving overall bodily functions. They help to increase the production of essential hormones, regulate blood flow, and stimulate sexual organs in order to provide you with an amazing sexual experience.

In this blog, we’ve attempted to clear most myths and doubts surrounding natural aphrodisiac foods, allowing you to have a better understanding of what aphrodisiac foods are and how they can help you improve your sex life.