There might be a global pandemic killing millions of people, but that’s not gonna stop people from using Tinder to hook up with strangers. Without getting into a discourse on what this says about us as a society, we’re going to jump right into safety protocol. Do you need a sex face mask to stay safe, or should you try out new sex positions?

Both of these ideas could actually lead to a lot of new and exciting experiences in the bedroom (although furries will already be more than familiar with the idea of face mask sex.) Nonetheless, safety is our first priority in this article, so we’re going to let you know how you can have safe sex during the pandemic.

What Will I Learn

How to Stay Safe While Getting Intimate

Granted, it used much less explicit terminology – telling us that “you are your safest sex partner.” – but the message was pretty clear.

The reason for this is because of the way that coronavirus is believed to spread. It’s not just through sexual contact, as with other forms of sexually transmitted disease that actually involve genital contact with an infected person.

The coronavirus can be transferred from person to person by travelling on droplets of moisture. These droplets are produced whenever we cough, sneeze or speak. That means that they’re also produced when we moan, pant, or whisper into each other’s ears.

Considering the close proximity to another person’s face when you’re moaning, panting, and whispering, this would put you at a pretty high risk for transmitting coronavirus if you’re hooking up with someone.

So, even though reports by the San Francisco Department of Health reveal that coronavirus hasn’t been detected in semen or vaginal fluids, that’s really the least of your worries since it can be transmitted just by breathing in the same air as someone infected with the virus.

Unfortunately, none of that is probably what you want to hear, but it’s the truth.

Fortunately for people who are already in a regular partnership, it’s still safe to stay intimate with that person – as long as they’re limiting their contact with other people. Just like it’s safe to remain in physical contact with a small number of people, it’s just as safe to be intimate with these people.

This may lead to an epidemic of people hooking up with their roommates.

But that’s common sense, really. If you’re reading this far, you probably want to know how safe it is to hook up with strangers over a dating site. The answer, as you may have assumed, is that it’s not safe. How could it be? Unless the person displays a negative COVID-19 test result that you can positively link to their name, as well as proof that they haven’t interacted with anyone else since they got tested, then you simply can’t be sure that they’re free from the virus.

During this time, some alternatives have sprung up (none of which are going to be as ultimately satisfying as hooking up with someone). However, these are some ideas of things you can consider doing in the meantime:

If you’re still determined to have sex, then you’re going to need to be extra careful. Especially avoid kissing or any form of oral contact, as it’s quite easy for the virus to be passed through breath or saliva.

The San Francisco report quoted earlier also mentioned that the virus can be transmitted through feces, so avoid any sort of sexual activity that could involve you getting traces of poop in your mouth.

In addition, here are a few tips to stay safe.

What It’s Like to Have Sex With a Mask On

Apparently, it’s a bit strange. A number of reports from people who have tried mask sex seem to agree on one thing: it’s quite strange.

One individual reported being eager to get frisky without his mask, only to find out that his partner was hesitant to take hers off. The resulting sex was devoid of oral foreplay and became, as the poster described, a little primal. Most foreplay involves the mouth, and without being able to use the mouth, he found that they just had to jump right ahead and take their clothes off before getting creative.

Another user reported using a mask with his partner after she came back from travelling abroad. He said that he would have to take frequent breaks if only to catch his breath since it was a lot harder to breathe. He says it was funny and awkward, but something worthwhile that can be useful as a safety measure.

AnThe same male, aged 26, reported that it wasn’t tough but that it was a whole new experience. He reports that it’s a lot better to discuss the idea of the mask beforehand because it can be tricky and overwhelming to spring new ideas on a partner before you’ve actually discussed them.

After realizing that they couldn’t keep their hands off each other, they drove (in separate cars) to the man’s house, leaving their masks on. Instead of using the man’s bed, they went into the garage where they laid down a tarp and a blanket, proceeding to have what might possibly be the most ghetto doggy-style sex of the decade.

They found that the experience was interesting. The feeling of taboo made it more exciting, and it also forced them to become more creative and innovative in order to satisfy their desires.

Yet another story involves the meetup of two people who agreed, prior to the meeting, that they would wear masks. They found that they were able to manage oral by having one person take their mask off at a time and putting it back on before switching things up.

They found that it was more difficult to be intimate since they couldn’t kiss, but also found that it added some allure that they might not have found otherwise.

Sex Positions to Try During Pandemic

There are some sex positions that you might want to try during the pandemic. These positions will make it easier for you to avoid breathing on your partner, which can reduce the transmission of the coronavirus.

The first and most obvious position for most people during the pandemic is doggy style. This allows you to get full penetration without risking breathing on your partner. The woman will be facing away from you, so there won’t be any risk of her breathing on the man. This is also one of the best positions for you to burn calories.

This might not count as a sexual position, rather an extended form of foreplay, but it’s still a pretty good option for people who are hoping to explore with new partners during the pandemic. 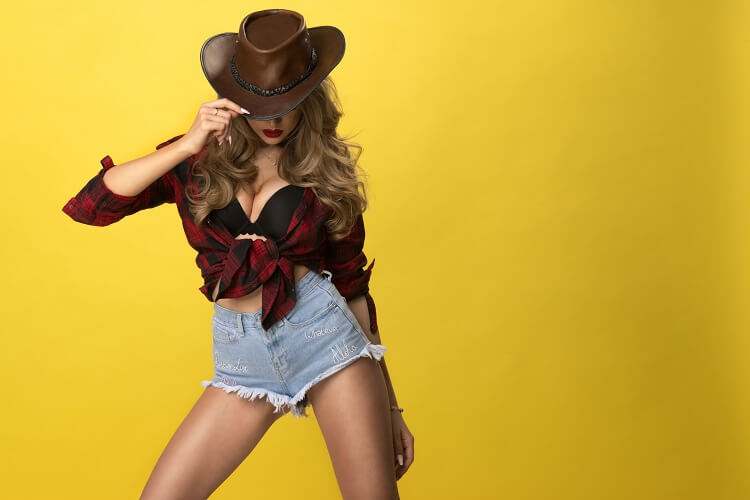 Reverse cowgirl is another position that’s great for this particular time. As the male, you’ll be lying on your back. The female will seat herself, facing away from you, on your penis. She’ll be breathing away from you, and your breath will not reach her face.

Despite the global pandemic, people are still determined to meet up with strangers and start new, exciting sexual relationships. The most important thing is to know how to stay safe during these hookups, and one of the best ways to do this is to wear a sex face mask.